Non-load bearing or non-structural metal studs and framing are not designed or intended to carry any axial loads. Axial loads would include such elements as floor joists, ceiling joists, roof rafters, or roof trusses. They are, however, designed to carry the dead load of many typical wall finishes such as gypsum board, plaster work, or similar finishes, and to provide resistance to normal transverse loads. Lateral loads cannot exceed 10 lb/sq. ft on a metal framed wall system as defined by ASTM C645.

Light gauge metal framing used for interior wall partitions comes in various shapes, thicknesses, sizes, and finishes. Each of these components has a specific function in the wall assembly. Selecting the correct size and thickness will depend primarily on the spacing of the framing members and the height of the wall. Center to center stud spacing for typical interior applications will either be 12", 16", or 24". Other considerations in the selection process include the makeup of the wall finishes, whether the wall finishes will be applied to one or both sides, and impact resistance requirements, if applicable. As a general rule of thumb, interior walls of a public space may require more resistance to impact than do those of a private office. 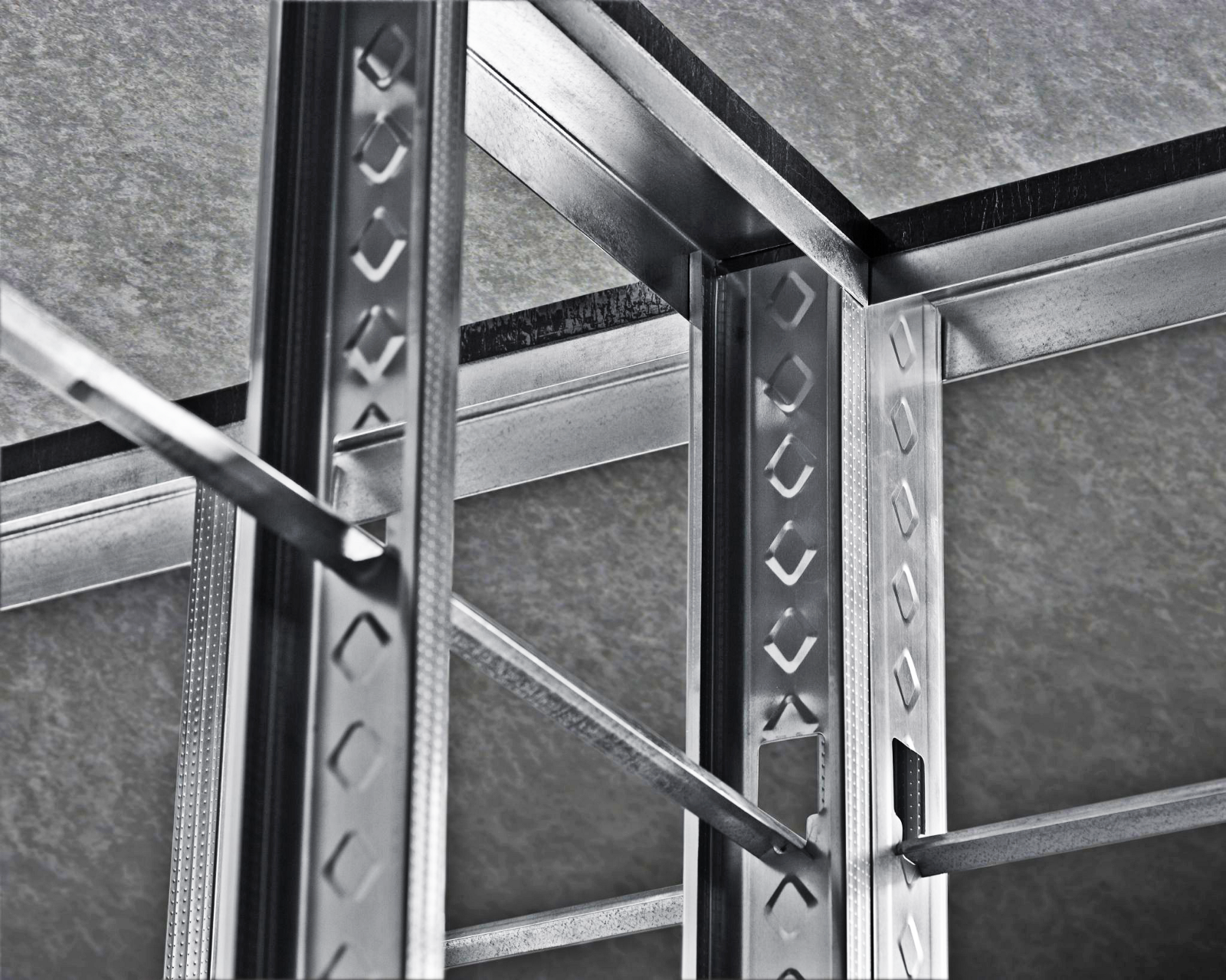 Metal studs are typically manufactured in lengths ranging from 8'-0" to 24'-0" and tracks which come in 10'-0" lengths. These are referenced by manufacturers with the acronym S T U F L. In addition to this acronym, other series of numbers are used to identify specific framing members, as shown in the gallery below. The smaller the gauge number the thicker and heavier the metal stud will be. See the Minimum Metal Sheet Thickness chart in the gallery below for a comparison of gauge numbers to actual metal thickness.